The Star Between the Rivers 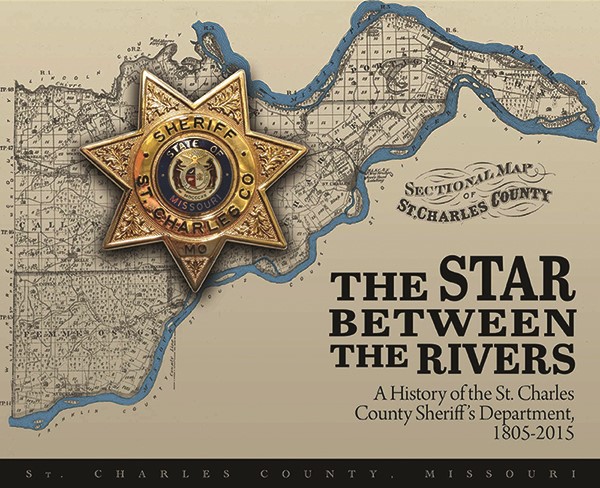 Not your average history book, The Star Between the Rivers: A History of the St. Charles County Sheriff's Department, 1805–2015 chronicles the journey of the department, from the appointment of the first sheriff following the Louisiana Purchase to the creation of a separate County Police Department after voters approved a charter change, in a coffee-table format with pictures on nearly every page.

The book was a committee effort suggested in 2014 by St. Charles County Police Officer Dave Fournell after he saw a similar book published by a sheriff's department in another state.

"Whether you are a law enforcement professional, a history buff, or simply a proud current or past resident of St. Charles County, you will enjoy the stories and the multitude of pictures in this book," said retired St. Charles County Sheriff Tom Neer, who wrote the foreword. "It is exciting to finally have this history documented and in a format to share with the community served by our County Sheriff and police departments."

"In 210 years, the department grew with the community, handling legal and political issues and pressures while successfully managing rapid growth in law enforcement technology and criminal sophistication. Sheriffs, deputies and department staff experienced triumphs and tragedies—with an unwavering commitment to keep the people of St. Charles County safe."
- Excerpt from The Star Between the Rivers: A History of the St. Charles County Sheriff's Department, 1805–2015 back cover

Citizens can purchase books for $20 at the locations below. Cash, check (payable to St. Charles County) and credit card will be accepted. Please note: There is an additional $1.25 processing fee added per book for credit card transactions.

For questions, please call the St. Charles County Communications Department at 636-949-1864 or email.