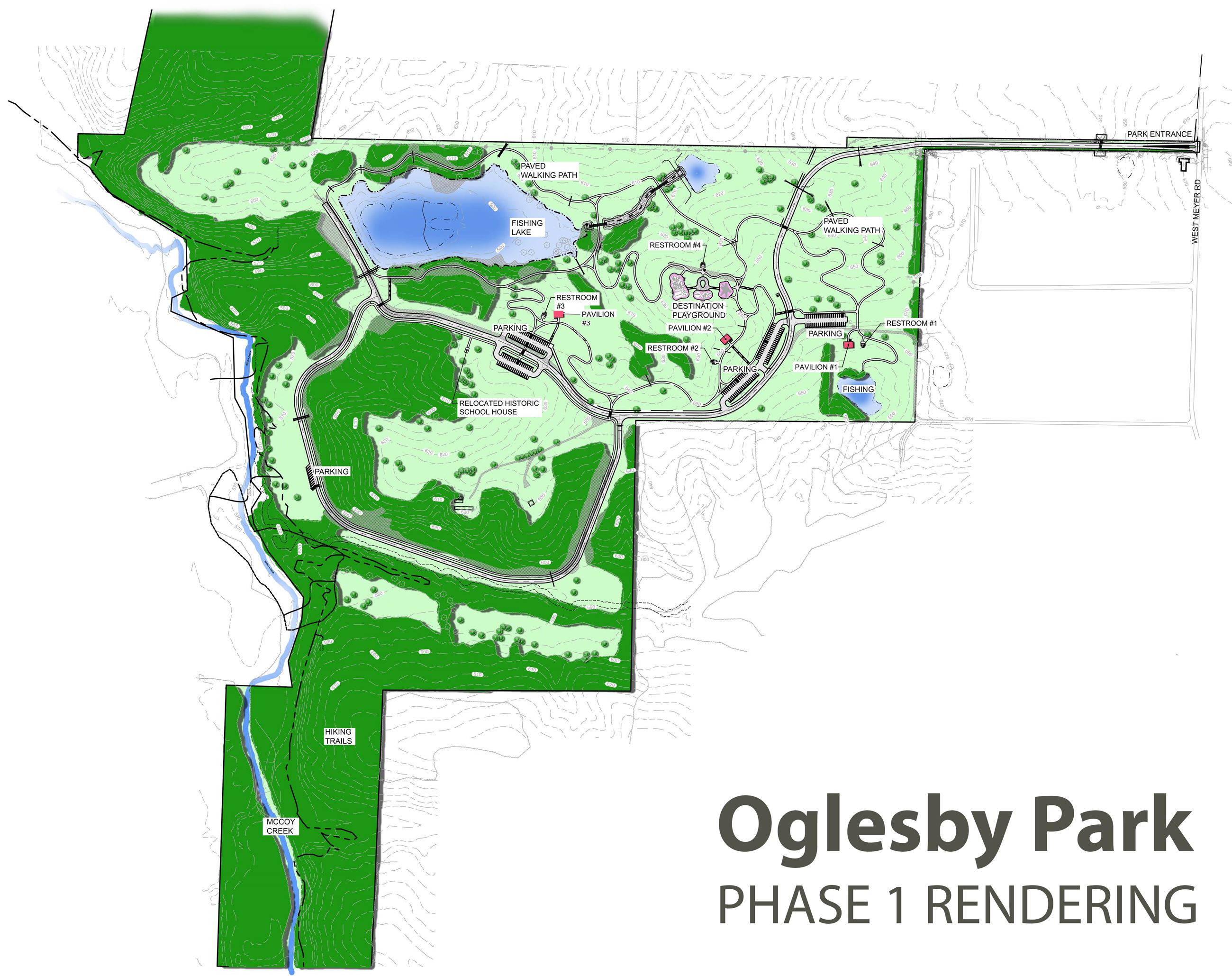 St. Charles County Parks’ newest park near Wentzville will become Oglesby Park, named after one of the property’s early owners. The 199-acre plot of land is at 2949 West Meyer Road and is scheduled to open this summer.

Benjamin Oglesby was born a slave in 1825 in Bedford, Va., and was brought to Missouri in 1837 at the age of 12 by his owner, Marshall Bird. He worked on a farm near present-day I-70 and Highway W in the Foristell/Wentzville area. In 1864, at the age of 39, Oglesby fled captivity of Bird and enlisted in the Union Army in St. Charles. His wife and children remained in captivity while he went through basic training in St. Louis to eventually fight for their freedom. Oglesby was assigned to the 56th United States Colored Infantry and was honorably discharged in 1865.

After the Civil War, according to the 1870 census, Oglesby, his wife, Martha and their six children—Medora, Samuel, Oskar, Bell, Albert, and Charlie—worked on a farm in Hickory Grove Township in Warren County. In 1871, he purchased 146 acres of land in Foristell. He financed the property through a $2,000 Deed of Trust and paid off the property six years later.

Oglesby farmed the land at 2949 West Meyer Drive for 30 years. His wife died in 1900, and he died in 1901. He is buried in Smith Chapel Cemetery, a mile from his farm. The Oglesby children owned the property through the mid-1900s.

The park will offer shelters, natural surface and paved trails, and a playground when it opens this summer. This will be the 18th County park to open since the parks system was founded 25 years ago. There are three other park properties in reserve for the future.