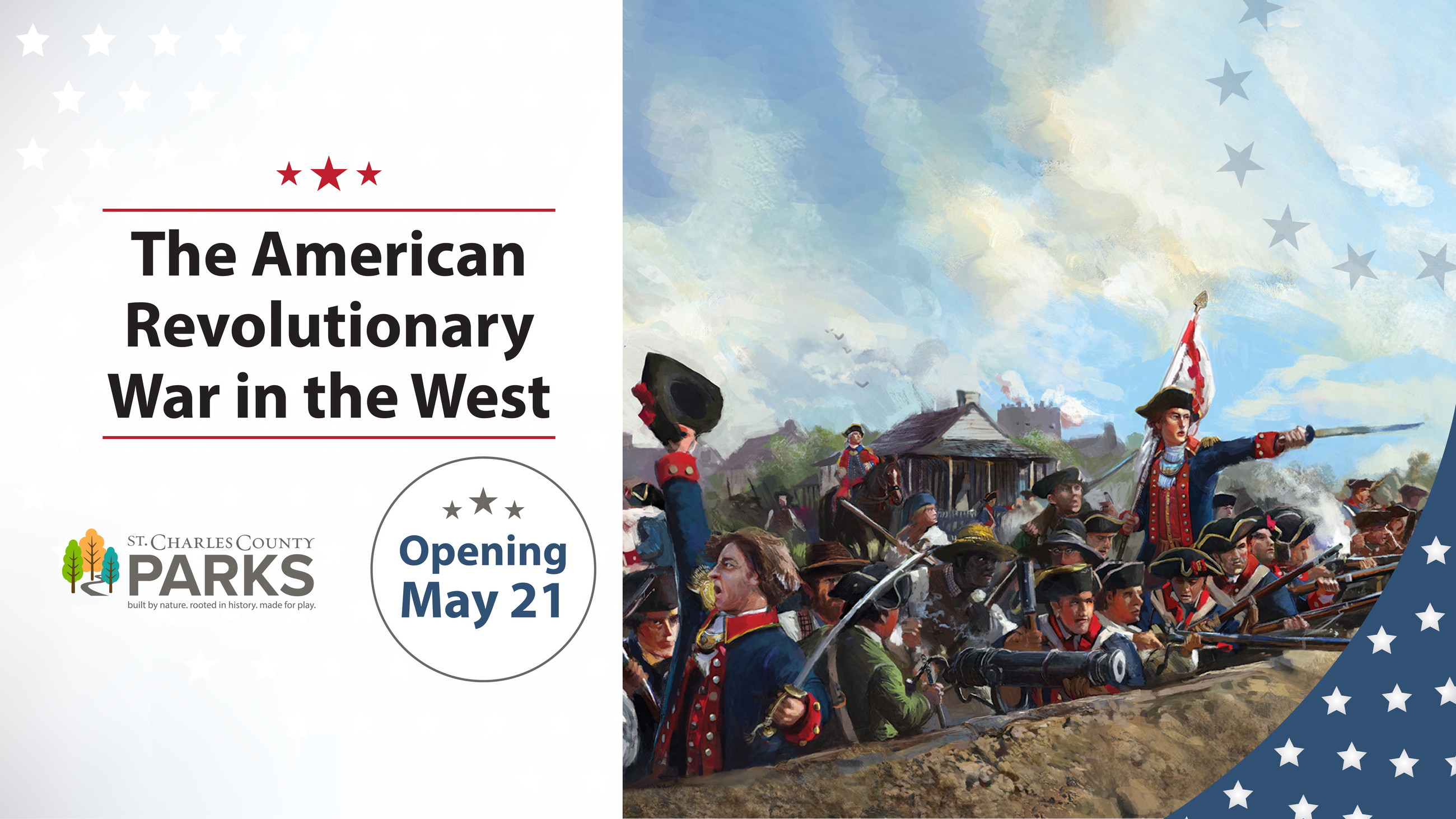 What We Have to Offer

The County Heritage Museum at Heritage Park offers free interpretive displays focusing on local and state history and is open to the public from 10 a.m.-5 p.m., Wednesday–Saturday, and 12 p.m.-5 p.m., Sunday.

Rich in St. Charles County history, the nearly 6,000-square foot facility, located on a site known to many as Kuhlmann's Grove, was a popular recreation area for county residents for nearly 100 years.

The site also is the trailhead for Great Rivers Greenway's Centennial Trail, which connects to the Katy Trail.

A small meeting room is also available to reserve.

Visit the Heritage Museum to view the new exhibit, "The American Revolutionary War in the West," which has never been on display before. The exhibit features rare artifacts, original documents, uniforms, flags and interactive components that explore life in the Mississippi River Valley region during the American Revolutionary War and western contributions to the war. This exhibit gets its name from a new book by St. Louisan Stephen L. Kling Jr. His book and the exhibit focus on the war in the west, which has been largely ignored until recently. Other exhibits throughout the museum delve into the history of St. Charles County during the Colonial era and the War of 1812.

Closed: Thanksgiving; Christmas and New Year's Day; and closes early (if on a weekend or closed during the week) Christmas Eve; New Year's Eve.

Directions from I-270 and Page Extension