It's a fact. Missouri is in "earthquake country." The fault zones capable of producing damaging earthquakes in Missouri are constantly active. View a live update map of central U.S. earthquake activity.

Of approximately 39 states considered earthquake risks, Missouri is located in the most seismically active, high-risk area east of the Rocky Mountains. Some of the largest earthquakes in the continental United States have occurred in Missouri. 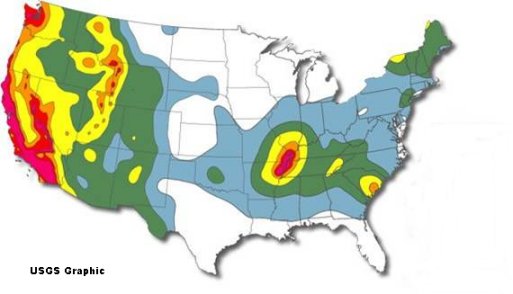 These quakes are not just significant for their size, but also because of the immense areas that were affected. Because the bedrock in the central United States is less fractured than that in areas such as California or Alaska, central U.S. quakes are felt over a wider area than West Coast quakes of the similar magnitude.

The geographical area that was strongly shaken during the New Madrid main shocks (according to some estimates, between 7.5 and 7.7) of 1811-1812 was approximately 10 times the size of the strongly shaken area during the 1906 San Francisco earthquake (estimated between 7.7 and 7.9).

Midwestern earthquakes have produced sudden, remarkable topographic effects, including changes to the courses of rivers, land elevations, and the creation of a large lake in western Tennessee.

Two seismic zones contribute to the earthquake hazard in Missouri; the New Madrid Seismic Zone and the Wabash Valley Seismic Zone. Unlike some fault zones in the west that are visible at the surface, the faults in these zones are difficult to locate, map, and study because they are hidden by thick layers of soil deposits, with few identifiable features visible at the ground surface.

The New Madrid Seismic Zone is the more famous of the 2. Located along the southeastern Missouri border, it was the source of historic earthquake activity between 1811 and 1812, producing between 3 and 5 "great quakes" and literally thousands of strong, moderate, and minor quakes for months afterwards. 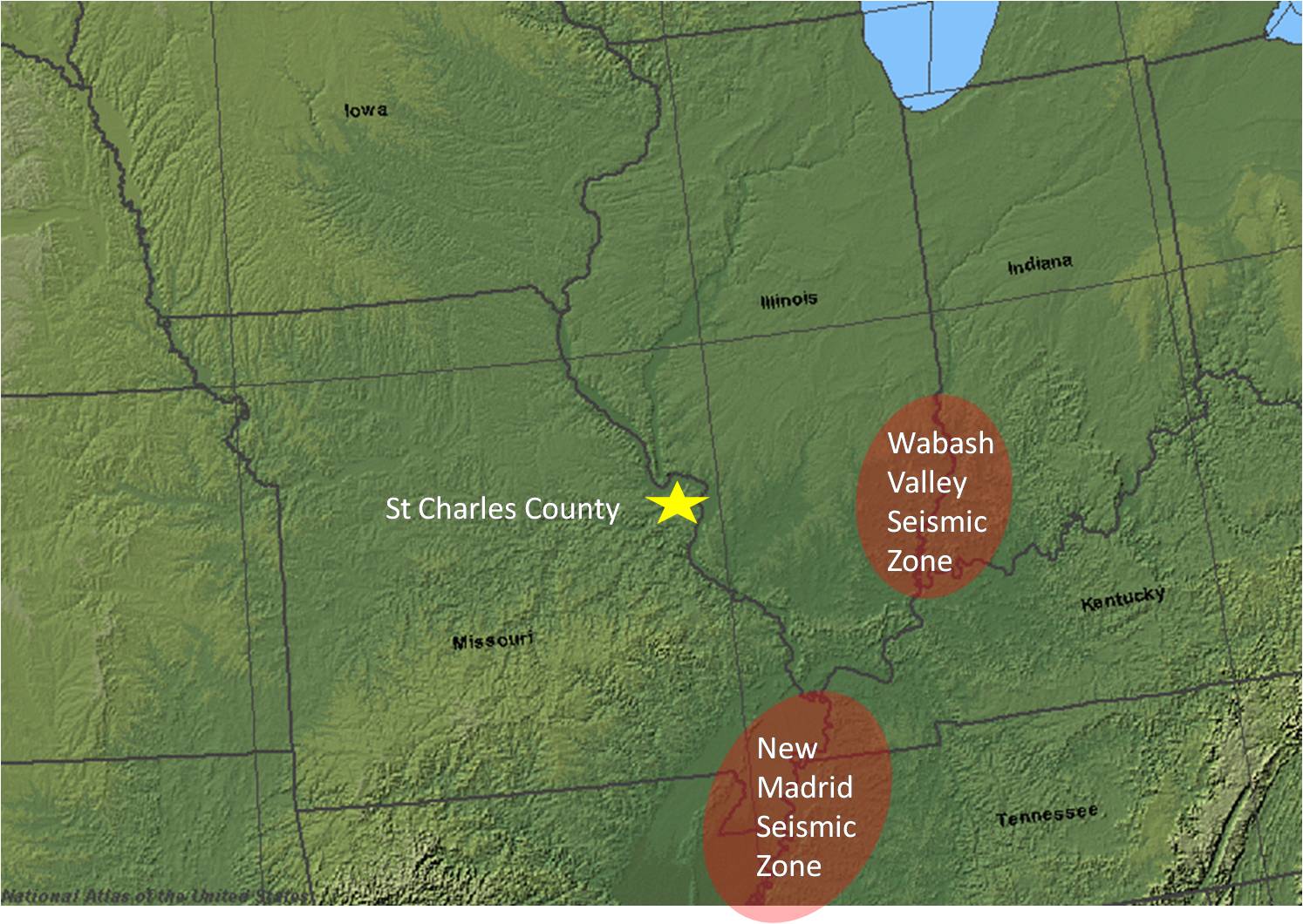 Geological studies indicate that the 1811-1812 series of quakes was not an isolated occurrence. Similar events have happened during the previous 900 years. Today, on average there are approximately 200 quakes in the New Madrid Seismic Zone each year.

The Wabash Valley Seismic Zone is not as well known to Missouri residents as its more famous neighbor. But it has actually been the source of the most recent earthquakes felt in St. Charles County, including the Mt. Carmel quake of April 18, 2008. Wabash Valley was also the epicenter of the most recent quake to date that caused local structural damage. It is located along the southeastern Illinois / Indiana border.

A great deal has changed in the last 200 years. In 1811, St. Louis and the surrounding areas were sparsely populated. The population of St. Louis was approximately 5,700. Though damage was widespread, fatalities were limited. Today, with urban development and the area much more densely populated, the impact of earthquake activity is a source of great concern.

Many buildings, especially unreinforced masonry constructed before seismic engineering and modern building codes were instituted, would be highly vulnerable to damage from earthquakes. Modern society is highly dependent on man-made infrastructure. Damage to transportation systems would interrupt travel, transportation of food and commodities, and impede the movement of emergency responders.

Many basic services would also be threatened. In addition to structural damage to buildings, roadways, bridges, and overpasses, earthquakes also cause damage to utilities and communications system equipment, both those mounted on antennas or poles, and underground cables, lines, and pipelines.

Serious damage on a wide scale could lead to protracted service interruptions in communications, water, sewage, electrical, and natural gas service and systems. Even buildings that remain structurally sound could become unfit for occupancy due to nonstructural damage, debris, or lack of utility service.

Though there are many questions about the unique aspects of fault zones and seismic activity in the central United States, earthquake activity in Missouri is a fact. The geological record of the region indicates the recurrence of major seismic events. The processes that produced large earthquakes in the past are still operating.

In light of these facts, learning about the hazards associated with earthquakes, and taking steps to plan and prepare are crucial for citizens, as well as emergency responders.