Flooding is the most commonly occurring natural disaster. There are more disaster declarations due to flooding than any other natural event. More fatalities are flood-related than any other weather hazard.

Floods can happen anywhere; not just in floodplains along the coast or rivers. Some may give warning; some don't. They happen in rural and urban areas. The main safety rule for any flood situation is simple. Head for higher ground and stay away from flood waters!

Located at the confluence between 2 major rivers, the Mississippi River and the Missouri River, St. Charles County faces a double threat. Its residents are no strangers to flooding, ranging from seasonal "minor" floods to major floods of historic proportions, such as the Great Midwest Flood of 1993 when an estimated 40% of the county flooded.

Starting in the Rocky Mountains of Montana and Wyoming, the Missouri River is a major river in its own right, draining approximately 1/16th of the United States. It makes up the southern boundary of St. Charles County, meeting the Mississippi at the county's eastern tip. 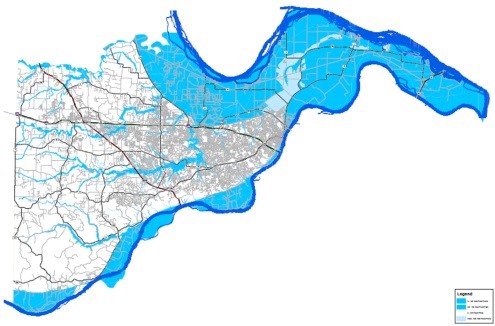 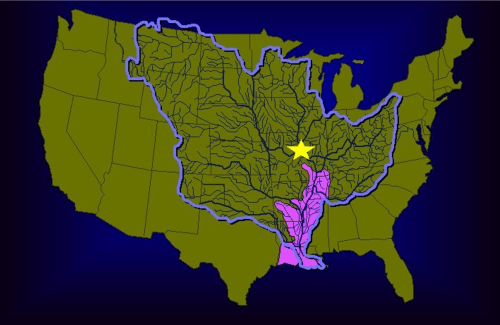